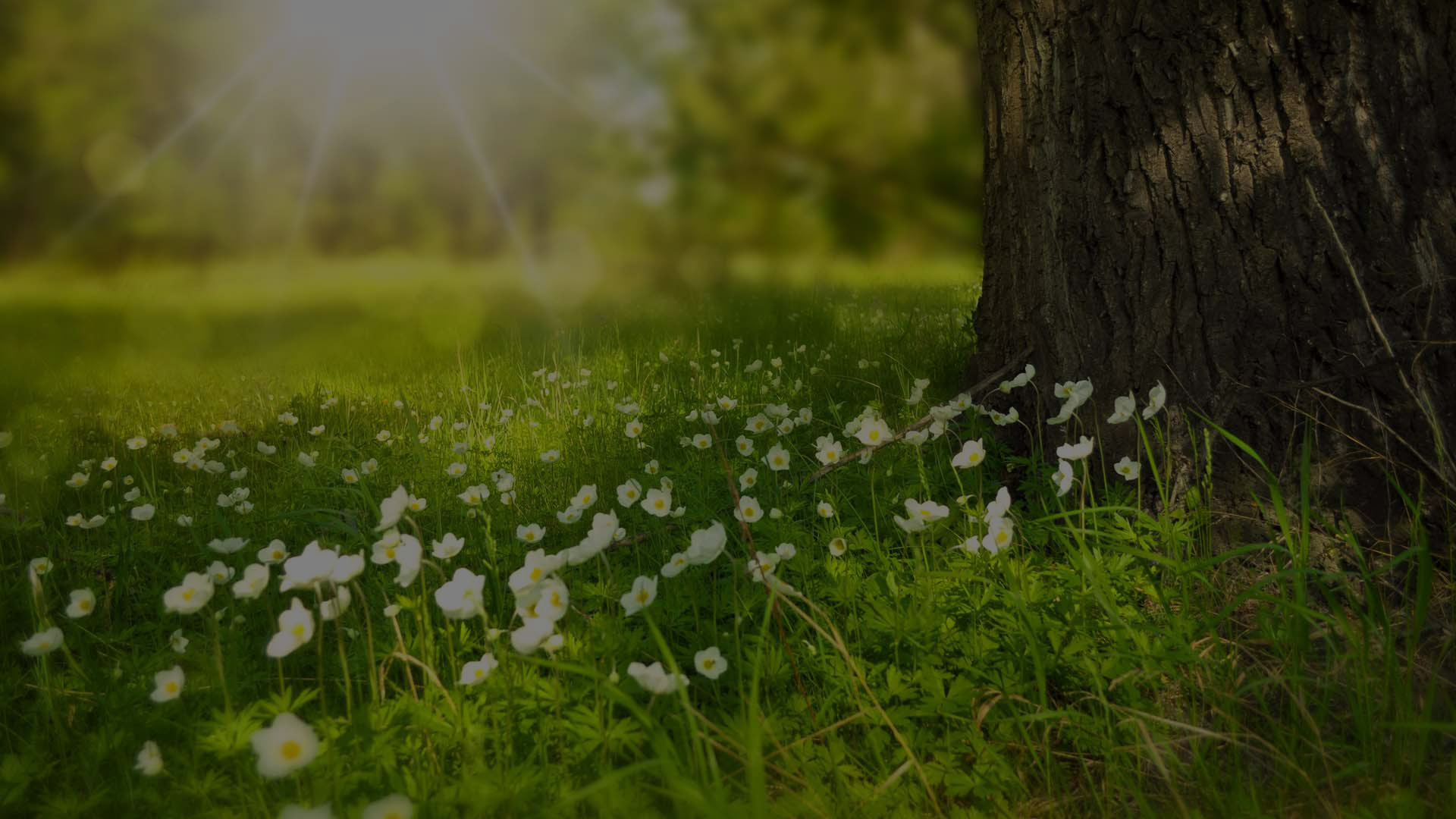 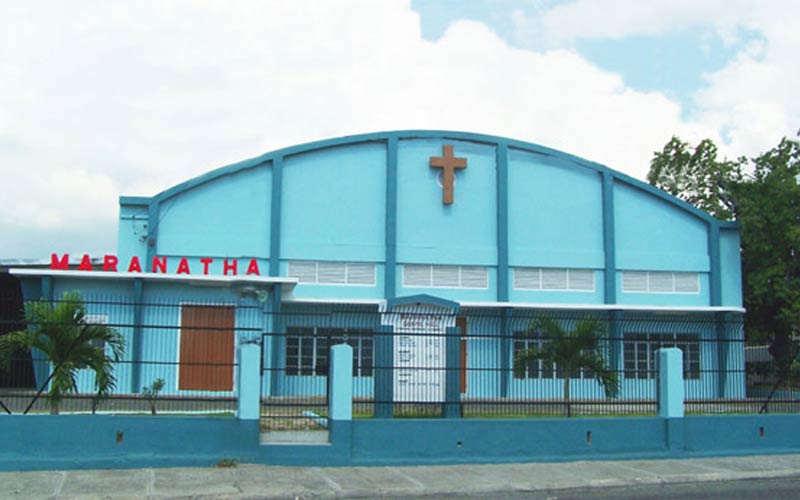 BEGINNINGS — Early in 1825 in Dublin, Ireland, Dr. Edward Cronin and Edward Wilson began meeting together each Lord’s Day morning for the breaking of bread, worship, and study of the Word. Students of the Scriptures, these godly men could not feel at home nor find spiritual food and fellowship in the Anglican Church of Ireland and, since they did not believe in church membership (already being members of the Body of Christ), were not accepted in the relatively few dissenting and independent churches of the day.

They felt that they were heeding the Lord’s pronouncement in Matthew 18:20, “Where two or three are gathered together in my name, there am I in the midst of them.” They were not seeking to start a movement of any kind, they were not in competition with existing churches, nor did they attempt to influence others to do as they were doing. And so, in 1827 the little flock which by now included H. Hutchinson, Wm. Stokes, Lord Congleton, J.G. Bellett, and J. N. Darby–the latter being an ex-lawyer, and at the time a cleric in the Irish National Church, continued to meet. These were days of unrest not only in the National churches but also throughout the various non-conformist bodies. Higher Criticism [1] was beginning to gain ground among the Anglicans, as was the Tractarian movement [2] with its trend toward Rome. At the same time the Irvingite heresy [3] with its charismatic tongues and prophesying began to surface in London. Out of this unsettled state of the professing body, many true believers were led to form small groups where there was freedom to worship the Lord Jesus in reliance upon the Holy Spirit and according to the Word of God.

In 1830, J. N. Darby left the Anglican priesthood and devoted himself full-time to forming and feeding similar small gatherings both in Ireland and England.

Then in 1832 B.W. Newton, leader of one of the larger assemblies located in Plymouth, England, invited Darby to come and share the ministry at Plymouth. This he did.

The movement grew and the Word spread, from Plymouth to the United States, Canada and South America and on to the Caribbean Islands. In the 1920s a number of missionaries such as Leonard Bewick and Daniel Hay came to Jamaica carrying the beliefs and practices of the Plymouth Brethren. One such was William Gibson, an Irishman who had earlier migrated to Canada. He came and began by setting up a tent at the corner of Lacy and Camperdown Roads in Rollington Town in November of 1929. Souls were saved and on December 29th 1929 they began breaking bread and continued there for three years, preaching the Gospel and remembering the Lord in the breaking of bread.

As the numbers increased they sought a more permanent place to house the saints and so they leased a place on Vincent Street in Allman Town and there erected the first Maranatha, a shed-like structure suggestive of their looking for their Lord’s soon return. In those days they were regularly in deficit, unable to meet the running expenses of the meeting but God was with them. In the meanwhile the tent at Lacy and Camperdown Roads was taken down and erected at Sackville Road where some saints met regularly and the gospel was preached until a storm came by and blew the old tent to pieces. By this time the lease on the Vincent Street premises had expired and they needed to find a new location. Bro. Gibson, with no money available to buy, ventured in faith approaching a man responsible for the sale of an advertised piece of land at 6B Deanery Road (across from where we are today). God was working His purpose out, the man gave Bro. Gibson the place for far less than was its original value. Bro. Gibson secured the lot and the little group at Sackville Road and the saints from Vincent Street came together and erected the new Maranatha at 6B Deanery Road, now commonly referred to as “Old Maranatha”

Bro. Harold Wildish, who was earlier in South America evangelizing, came to Jamaica and preached at “Old Maranatha” for seven weeks. God gave great blessings as large numbers were saved and Maranatha grew both numerically and spiritually. In those days the hearts of the saints were glad as they banded together, the warmth of first love being very evident among them. Then followed the great campaign of 1937 where hundreds were swept into the kingdom by the Spirit of God where at one time the fellowship had as much as 700 saints. And what a time of blessing the Lord gave, for it was time to hive off, so in 1939 Bethany started and a number of the saints went off to form the nucleus of that Assembly. Then in 1947 the Doncaster campaign and 90 of the saints went from Maranatha to form Galilee. When Carmel, outreach of Galilee, came into being some went from Maranatha to help in the work there. The Harbuor View meeting started and saints from Maranatha became involved, strengthening the work.

In the meanwhile at 6B Deanery Road, the need had arisen for space to accommodate the growing number of saints. The Lord made available premises across the road at #7. Again, financially challenged, Bro. Gibson made the leap in faith and secured the premises. They say “its an ill wind that blows nobody any good”, but the hurricane of 1951 which did damage to the roof of “old Maranatha” brought much blessing. 3000 pounds which was recieved from abroad and at home to help with the damage along with materials, food, clothing was used to begin the construction of this new building. The saints banded together laboring long hours sometimes into the next day, Bros. and Sisters together to complete the “New Maranatha”. Their hearts were glad when on 24th May 1953 after a rainy week the Hall was opened and dedicated to the Lord. But there was still the need for benches as the benches of “Old Maranatha” were inadequate. The cost to put in new benches was staggering but brothers Gibson and Collings along with a team of workers labored tirelessly to bring to fruition the benches we so confidently and comfortable sit on today. The Lord continued to prosper the work.

Maranatha has been blessed over the years with a number of brothers, gifted in the Word, who made themselves available to the Lord to do work in his vineyard. Bro. Randall Taylor, the first commended worker, began working in the Balaclava region from which Emmaus was established. Bros. Roy Campbell went overseas to Belize and along with Bro. Sidney Saurlender established a witnesses there, Bro Allan Miller and the Sunday School in Mona area, a ready group for the soon to be Mona Chapel, Bro. Eli Ho and the Chinese Ministry which developed into Swallowfield. Evangelist, such as Clinton Webb, preaching nationally and regionally. Solid teachers of the Word such as A.C. Carter, Aston Spencer, Roy Campbell and Charles Royes, among others, tutored by the Holy Spirit expounded the Word, building up the saints in the things of the Lord. The Lord continue to expand Maranatha’s borders as the saints, taught and grounded in the truth, traveled as far a field as Portland in the east to St. Elizabeth and St. James in the west sharing in meetings from place to place. Good news clubs were held all over Eastern Kingston by saints zealous of good works. At Rae Town a Sunday School was started in the late fifties by Philip Rose and his wife Sybil ably assisted by Bro Robinson-Davis. This Sunday School still serve the community of Rae Town to this day.

In the annals of Maranatha there were faithful sisters too who, being grounded in the Word, gave yeoman service to the work. In prison ministry, in music, in service to the needy saints, in personal evangelism, Sunday School, counseling, nurturing, visitation, hospitality and more, each utilizing their gifts as it made room for them.

And how could we forget the Gospel Heralds, now in their 70th year, beginning under the leadership of Bro. Karl Richards who handed the baton to Bro. Clinton Webb who led them for years before failing health led him to hand over the baton to Bro. Franz Fletcher, them over to Bro. Brian Johnson, then to Bro. Vincent Ross and now to Bro. Craig Smith. For years the Gospel Heralds had been the choir of choice for occasions including the annual Easter Conference. The Gospel Heralds was started specifically to minister to the patients of the TB Sanatorium, now the National Chest Hospital and they still benefit from their annual visit at Christmas, singing carols and speaking of their Lord.

We are thankful to the Lord for the Brothers who He called to guide Maranatha over these 80 years, From William Gibson to Vincent Ross and so many in-between, all being used for the glory of our Lord. We thank the Lord for these 80 years of witness and strive for this saving station to continue to impact the communities around as well as the “whosoever will”, until He comes. MARANATHA!